What to know about networking in Stockholm

Networking is often touted as one of the most effective ways to find a new job or grow a business. But for expats, it can also present some of the most puzzling challenges of life in a foreign country.

The key to networking in Stockholm is understanding that there’s a time and place for forging professional connections, says creative director Tomas Spragg Nilsson. Having previously worked in Brussels for several years, which included a stint as a communications advisor in the European Parliament, Tomas was no stranger to mingling when he moved to Stockholm in 2016. Despite this, he soon realised that if he wanted to get ahead in Sweden’s capital, he needed to forget almost all of his networking knowledge.

“I think in both Belgium and the UK, professional and social networking was a bit more organic. It was a drink after work or going out for dinner. Whereas here, it’s more organised and structured. I think once you embrace this change, you can really appreciate it and make the most of the experience.”

Many group events in Stockholm, such as professional meet-ups and social activities, are planned in advance or recur on a fixed day in the calendar. Tomas believes that this structure is, in part, what may have led to an unfair reputation Swedes have for being reserved. Rather, he says, they simply prefer to keep different areas of their lives separate.

“People think it’s difficult to get past the Swedish facade which can be seen as being cool or distant. It’s difficult to penetrate that unless you go to an event where there is a shared interest or one of these specifically-organised activities. Then Swedes are much more open and ready to talk and network.”

Tomas has grown to appreciate this approach to networking, especially since becoming a father. It’s no longer easy to go out for an impromptu meet-up or an unplanned dinner which means spontaneous networking is off the cards. Knowing that professional events, even afterwork drinks or a coffee break, are planned in advance makes him feel less anxious that he may be missing out on opportunities.

“At first, I worried that I wouldn’t have the opportunity to follow colleagues for an afterwork drink. But then I realise that because everything is organised around events, you can plan these things a long time in advance. Even the afterwork drinks are organised so you rarely miss out.”

Swedes speak excellent English, so non-Swedish speakers shouldn’t feel put off by events which may have a predominantly Swedish crowd. But while language might not present a barrier to making new connections, not familiarising yourself with cultural norms might. One such example, which may take expats some getting used to, can be encapsulated by a single word: Jantelagen. This cultural quirk loosely translates as a preference for modesty and is an integral component of networking etiquette in Sweden.

“In Brussels, where everyone is trying to be seen and tell their story, it naturally breeds an environment where people brag about their organisation or their achievements. I find in Sweden that is more detrimental to your cause than helpful; the etiquette of networking with Swedes is to be more modest about what you do.”

It’s not the only social norm to prepare yourself for when networking in Stockholm. In these designated situations, Swedes aren’t big fans of small talk and, while in some cultures a pause in the conversation would be dubbed an ‘awkward’ silence, in Sweden it’s considered more of a comfortable interval.

“Maybe it’s a British thing but if you’re having a conversation and there’s a silence, I feel like I need to fill it. Whereas the Swedes just embrace the silence!” 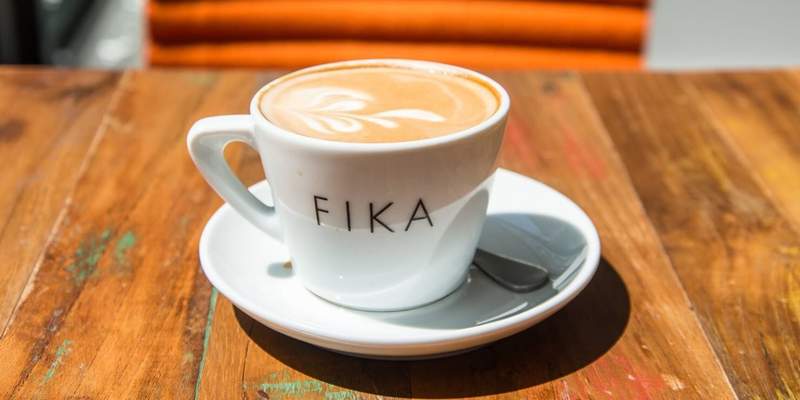 Those who have landed a job in Stockholm should be careful not to neglect the ready-made networks in their workplaces. While websites like Facebook and Eventbrite can help you to make new connections at dedicated events, that doesn’t mean your existing colleagues should be overlooked. And there’s no better time to strengthen that connection than over a cup of coffee and a snack, better-known in Sweden as fika. It’s a much-cherished Swedish tradition that even the busiest Swede makes time for during their day, and one which Tomas says can be integral to deepening any professional bond.

“Coming from the British culture there can be this tendency to think ‘I don’t have time for this’. Whereas in the Swedish workplace, fika is a sacred thing. And this kind of networking you have with your colleagues is super important. So if you’re in a workplace and have these moments for networking, you should absolutely embrace them.”

A practical guide to smooth your move to Stockholm